Animal robots on the rise 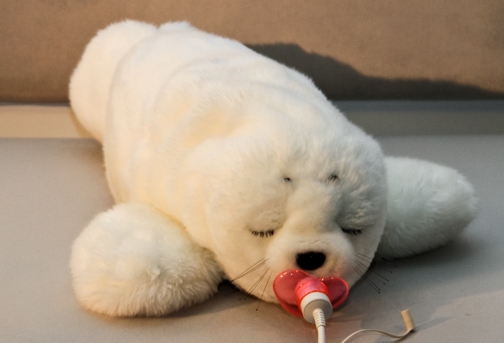 Little cats or dogs, cuddly baby seals — many animals we simply find cute. After all, what could be more cosy than sitting on the sofa with a purring cat?

However, if one can no longer have much contact with animals, for example in a reti­re­ment home or on a dementia ward, some­times stuffed animals are offered as a substi­tute. Mean­while, not only conven­tional stuffed cuddly animals are moving in, but their robotic advan­ce­ments. These react to touch, move­ment or voice, they purr, bark or meow and some of them are able to move. This is made possible by sophisti­cated sensor, move­ment and vibra­tion tech­no­logy. The trend emerged in Japan, but by now Robocat and Co. are also moving into more and more care faci­li­ties here in Germany. Of course, such robots can never replace real human care. But it can be a tool for inter­ac­tion and moti­va­tion. An inte­res­ting trend, in our opinion!